In his 89th year, Don passed away quietly at Earl’s Court Village, London on February 1st. He is survived and loved by Shirley, his wife of 65 years. He is the proud father of Sharon (Bruce) and Barbara (Milan) and grandpa of Stefan, Alexander and Katrina. Don will be missed by his in-laws, Lynda and Norm; Larry and Carole. He is predeceased by his brother Bob and sister-in-law Dixon.

Don was born on November 19th, 1931 spending his entire life in London. He met Shirley, the love of his life, roller skating in Grand Bend. Initially a TV repairman with Warner’s radio, he went on to complete Teachers College, specializing in electronics. He taught secondary school at Thames, Beal and finished his career at Montcalm; retiring in 1991.

Don loved anything he could fix and was good at it. He was passionate about amateur radio and was an active member for the majority of his life; speaking to people all over the world long before the internet existed. Many happy summers were spent at the cottage or travelling. Cruises were a particular joy, with Alaska being his favourite.

The family expresses appreciation to the staff at Earl’s Court for the care and respect provided to Don over the past six years.

Visitation will be held on Thursday, February 4th from 2:00 to 5:00 p.m. at Northview Funeral Chapel, 1490 Highbury Avenue North, London. A private funeral service will be celebrated at The Church of St. Jude on Friday, February 5th followed by interment at Mount Pleasant Cemetery. Registration is required to attend the visitation. To register for Don’s visitation or to leave condolences, please click the links to the left of the obituary. Those wishing to make a donation in memory of Don are asked to consider The Heart and Stroke Foundation or a charity of your choice.

My condolences to you Shirley, as well as the rest of your family. Your lifelong friendship to my parents will be remembered and appreciated always. So sorry that Covid prevents you from having more people around you to help comfort all of you. I hope you know that others who are not present are still thinking of you and wishing you well at this time. Carrie (Weber) Irwin

I have many fond memories as a kid, of family gatherings at the farm. RIP Uncle Don. Aunt Shirley and family - you’re in our thoughts and prayers. Lots of Love, Terry and Kathy Luther

Shirley, Sharon and Barbara Lots of memories over the years. Take care of each other. Our thoughts and prayers are with you especially at this time. 73: Don VE3CBD (SK) Love Don and Joan

I met Don at Bishop Cronyn Memorial Church where he and I were members for many years. I have always admired Don's positive attitude and his commitment to the life of the church. My deepest condolences to Shirley with whom I spent many happy volunteer hours at the Cronyn coffeehouse. David

My sincere condolences to Shirley and your family.

Shirley, Condolences to you and your family on Don's passing. Paul Latimer

Barb, Please know that you are in our thoughts and prayers. Your CBI Home Health family

Dearest Shirley and Family Our deepest sympathies Andrew and Joyce

Our deepest sympathies to you and your family on your loss. May special memories surround you all to provide comfort and peace, just as you gave to Don each day with your loving visits. Thinking of you... Art Van Luyk's daughters - Mya, Diana, Nancy and Wendy.

So sorry to hear about the passing of your dad Barb and Sharon. Our thoughts are with you. Susan (Wright) and Brian Woods

My deepest condolence to Shirley. Sharon. Barb and their families in the passing of Don. Hang on tight to your memories. Sending love and prayers.... Dale Willis 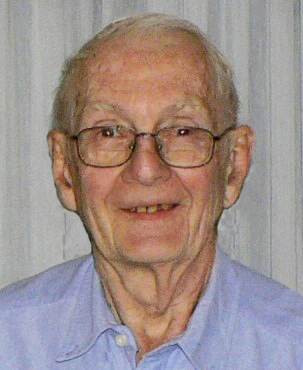