Bill was an avid equestrian, life-long member of the London Hunt and Country Club, and retired employee of the London Life Insurance Company. Bill was also a graduate of the University of Western Ontario, where he played football as a Western Mustang.

Cremation has taken place. A service to celebrate his life will be announced at a later date.

Those wishing to make a donation in memory of Bill are asked to consider the London Regional Cancer Program. To leave an online condolence, please click the Tribute Wall link to the left of the obituary.

I worked with Bill for many years at London Life and have many good memories. I remember a sleigh ride that he took us on at his place. We also shared our love of Golden Retrievers. Rest In Peace.

I wanted to share this picture of my Dad in his Central Golden Ghost uniform. I’m sure some of you will get a kick out it.

My deepest sympathy to Bill’s family and many friends. Bill and I worked together for many years at London Life in Information Systems. He was ‘one of the good guys’ well liked and respected by his many coworkers. In retirement, we played golf annually at Exeter in the ‘Spring Thaw’ retiree get together. Always generous and considerate, Bill was a good friend and he will sorely missed! Mike Quayle

I will miss Bill at the Mustang games. He was a Western supporter to the end. I will also miss his presence at the golf club. I am sure he will be welcomed by his London Life colleagues Ron Potter, Dale Creighton and Jack Fowler all also distinguished wearers of the purple and white as well as London Life co-workers. RIP, Bill A life well lived!

I was shocked and saddened to hear about Bill’s passing. I worked closely with Bill many times over the years at London Life, particularly on a few large and challenging system projects in the 1970’s. Because of our close working relationship, he gave me my first opportunity to play golf as a guest at the Hunt Club, which I truly appreciated. I eventually joined the Club and enjoyed playing with him many times in later years in the seniors group. He consistently encouraged me to improve my “course management skills” and I still wish I had actually paid attention to that very valid advice. Bill was also a very skilled Bridge player, and frequently we’d welcome him as a spare in a LL retirees Bridge group. I was always impressed with how he regularly seemed to know exactly who had what cards. Farewell Bill, and I hope that wherever you are, you’ll have lots of eagles and Seven No-trumps.

Sorry to hear of Bill's passing. I have been converting some old 8mm movies taken by my father Bob Parkinson in the 50's and there are some shots that include Skip ( as I knew him mostly). These certainly bring back memories of the Parkinson family. Bonnie (Parkinson) Lynes

Very sorry to hear of Bill's passing; we will miss him very much on the golf course.

I worked with Bill for a number of years at London Life. A very easy going and dependable person.

So sorry to learn of Bill's passing. I will miss him on the first tee, and all the good advice he gave me to help improve my game. The advice was good, but it seems I was a slow learner. Travel well my friend. You will be well missed. Don Johnston

It is a real shock to hear this news. Bill and I wrestled together, at different weight classes and capabilities, during our time at Central Collegiate many years ago. I worked with Bill over many years at London Life in the Information Systems area. When Bill heard I was going to have to remove a few pear trees to site a swimming pool in our backyard, he showed up with truck and shovel, removing them to his property and nurturing them for several more years. In more recent years, it was always a pleasure to catch up on things a couple of times a year at the UNIVAC 'old timers' luncheon. My sincerest condolences to Bill's family and friends. Sad. Al Otton 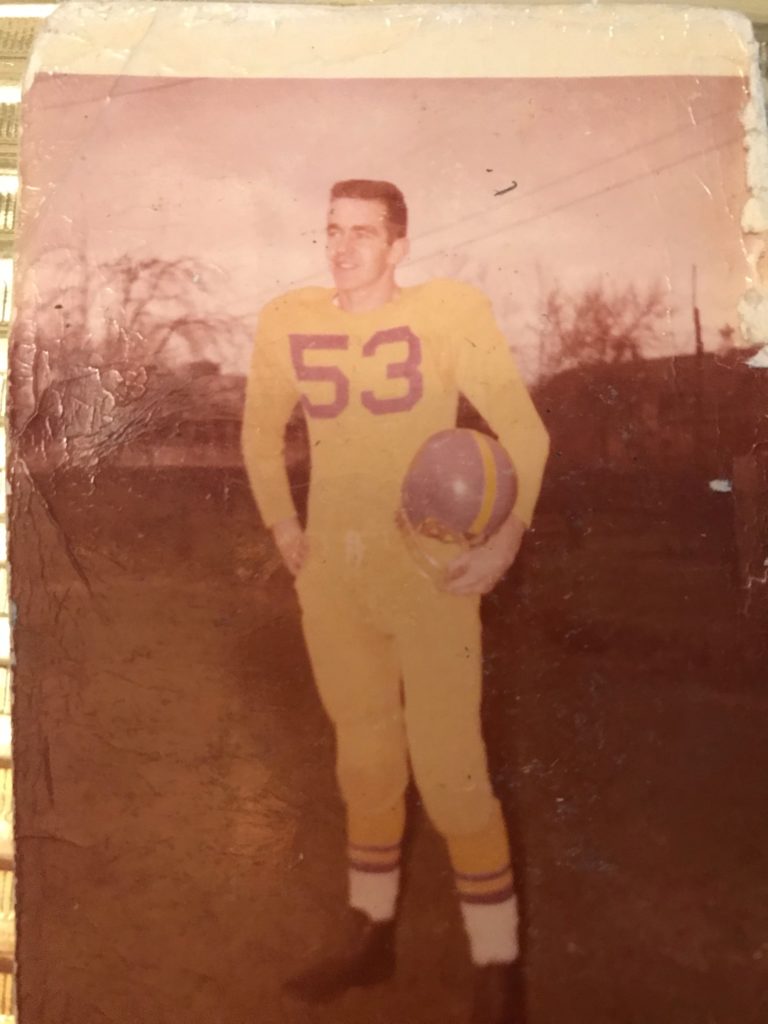