Leonard “Len” August Huber; born in Cupar, Saskatchewan to Anna and August Huber on October 17, 1942, passed peacefully on Thursday, February 11, 2021 with his family by his side.

Len is survived by his best friend and wife of 50 years, Lynda, by his daughter Nicole, his son-in-law Paul, his son Jeff, and by his beloved grandchildren, Josh and Jordy.

Len served his country, domestically, with the Royal Canadian Air Force as a medical technician from 1961 until 1964 when he was honourably discharged. Len then continued his trend of public service with the Ministry of Community and Social Services; first at Genest Detention Centre for Youth and then as a Youth Probation Officer.

Len will be remembered for his gentle nature, his love of ’60’s music, a passion for Canadian hockey (Especially when his grandchildren played!) and a love of Viking fiction and lore.

In keeping with Len’s expressed wishes there will be no funeral or visitation. Cremation has taken place. Memorial donations to the charity of your choice are appreciated.

Lynda, I'm so sorry to hear about Lens passing. I feel for you..Its a terrible loss after all those years to lose your loved one. Take care..Jan Gorman

I had the pleasure of working with Len at Genest as well as at 217 York Street. I will always remember Len as being a caring, compassionate yet when required stern person. He helped many a troubled youth throughout his career. My fondest memory of Len is playing goal whenever we played ball hockey at Genest. His family and friends have lost a great person. Rest in Peace Len Paul (Pooker) Pook

Dear Lynda and family, My deepest condolences and prayers for continued strength; that you all will find comfort in the memories you shared together with Len❤️ Cathy Litwin

Dear Lynda and family I am sorry to hear of your loss of Len. I hope you can get comfort and strength from each other during this sad and difficult time. Thinking of you ❤️ Margaret Keene

Bob and I remember Len as a wonderful gentle soul who loved his family above all else. Our favorite memory is of him grooving to Janis Joplin at Nicole's wedding. That defined a happy man! Our love and best wishes to the entire family. Bob and Mary Jane

Len Huber....I had the pleasure of being part of the Huber's extended adopted family growing up. He was a huge part of my life along with all the other fabulous Huber's...Lynda, Jeff and Nicole. Sherman the tank, Euchre parties with my folks, the best Christmas Eves a kid can remember. Thank you for being a kind soul, Len. These memories bring a smile to my face. Much love to all of you during this difficult time. xo Amy Taylor

Dear Lynda and family-Am so sorry to hear about Len. My thoughts and prayers are with you. Betsy.

My sincere condolences to all of your family . I has the pleasure of working with Len at the London Detention Center for youth and Len was my night shift partner. I will always remember Len as a sweet, wonderful, kind , wise and dependable man. He had such a warm and fatherly way about him. We spent many a night, talking all night about family, community, politics, the world etc . Len was a great listener as I am sure I did way more talking than he did. May Len rest in eternal peace. Love Debbie Turnbull

My wife Debbie and I worked with Len at the LDCY in the 1980's. He was our partner. He was a few years older than us and gave our team a sense of much needed maturity. Simply put, Len was one of the finest men I have ever met, one I looked to for advice and a sense of calmness in adverstiy. I have many memories of Len, all of them bring a smile to my face. Rest in peace my friend.

I had the privilege of working with Len Huber at the Genest Centre many years ago. Simply put Len was a great human being. He was a true pro. Thoughtful, loyal and respectful, Len was held in high esteem by his fellow staff and the youth he served. He brought his A-game every day that he showed up for work. He always placed the needs of youth first as well he consistently made decisions in the best interests of youth. I am sure that all of his co-workers in those days would say that they are better people having known him. My sympathy to his family. 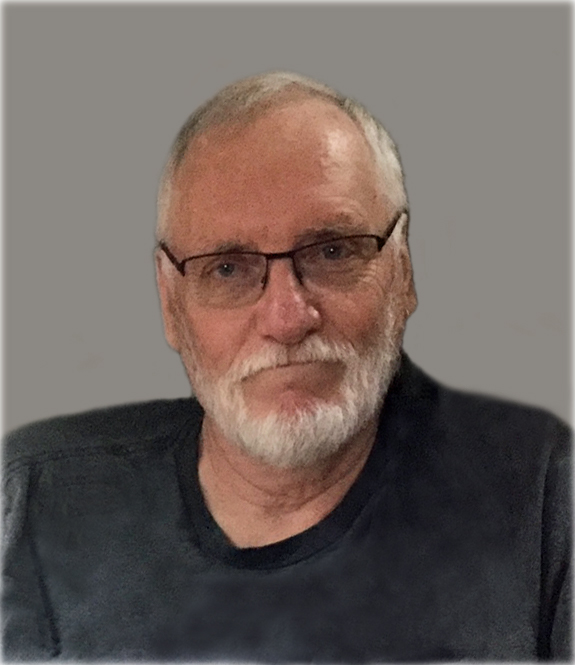