Passed away peacefully on April 13, 2020 at Earls Court Village, London, just a short time after celebrating her 100th birthday. Pre-deceased by her loving husband John (Jack) Lockhart, son Robert (Bob) Lockhart and son-in-law Karl Schmidt. Survived by her children: Gail Schmidt, Norman (Nancy), Joan Butler (Derek), Larry (Melyssa), Neil (Lynn), Mark (Sue), Janet Van Boven (Joe) and daughter-in-law Corrine; as well as many grandchildren, great-grandchildren and great-great-grandchildren. Also survived by sisters Laura (Durst) Bean and Mary (Durst) Durnin.
Ruth was from the Durst family, Benmiller, Ontario. She married Jack in 1939 and they farmed one concession north of Auburn for 50 years where they raised their 8 children. Ruth won the hearts of all who came to know her. A private family interment will be held at a later date. In memory of Ruth, donations to the Canadian Cancer Society would be greatly appreciated.

There aren't any tributes posted here yet. To submit your own, please fill out the form above. 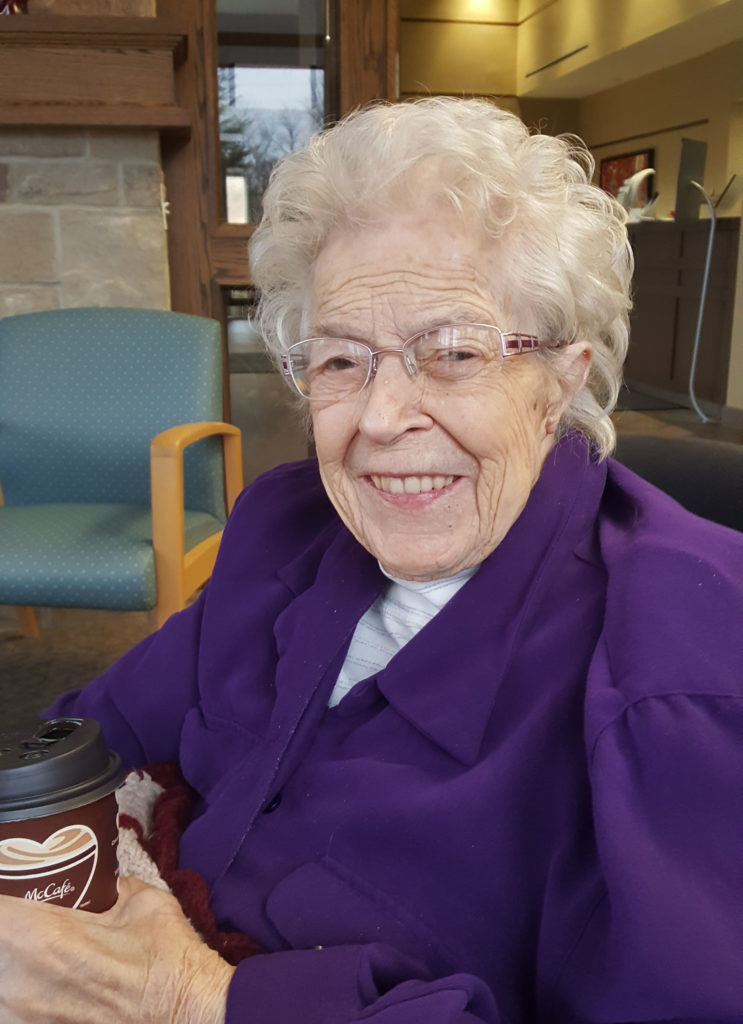